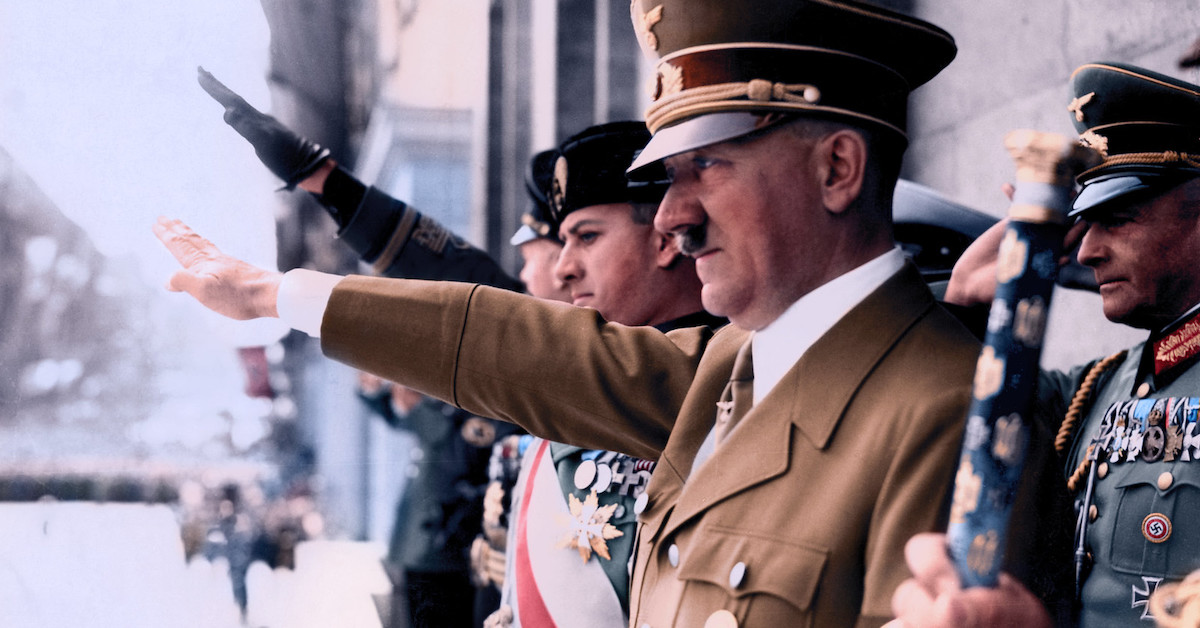 This story is based on true events of a tactical deception operation codenamed Mincemeat carried out by the British forces against Nazi Germany during World War II.

It was a pleasant spring day in the year 1943. The sun shone brightly over the port city of Huelva in southwestern Spain. While the month of April was nearing its end, the blazing war all around remained incessant as ever. The budding flowers on the trees had blossomed over the past few weeks, and as José walked towards the beach, he could almost forget about the fighting which had now spread across three continents.

The salty ocean smell rode the wind blowing in from the Gulf of Cádiz. Warm weather had brought hordes of tuna and marlin out into the shallow waters, indifferent to the widespread violence in the human world. José was happy about it, as he depended on the fish for his livelihood. It was only nine in the morning. He hoped to make good use of the day and catch a decent number of fish.

As he walked towards his usual spot, he started as he spied something in his periphery lying just out of the water a little distance away. He was too far away to make out what it was, but it looked too big to be the fish that he knew swam in these waters. The beach was deserted with not many people about at this hour. Curious, he redirected his feet to investigate what it was. As he drew nearer, his feet ground to a sudden halt when he realised it was a who and not a what. Heart pounding, he broke into a run and skidded to a halt right next to a face-down corpse lying in the sand. It must have washed ashore sometime during the night, José thought.

The putrid stench of decaying flesh mingled with the ocean breeze. The body had probably spent several days in water before floating. The reality of the war which had remained elusive to José because of his country’s nominal neutrality suddenly came crashing down on him. In midst of one of the most brutal wars the world has ever seen, dead men turning up on random shores was probably not a big deal, he told himself.

Trying not to throw up, José cautiously extended a hand to turn the body over. His heart suddenly leapt in his chest when he noticed what the dead man was wearing. If he was not mistaken, it was the uniform of the British navy. Not caring about the unbearable smell or the maggots crawling out of the man’s face anymore, José dug into the pockets of his trench coat to find something which will confirm his suspicion.

José could clearly read the name and rank on the laminated identity card he found inside the wallet in one of the coat’s inner pockets. It was then that he saw a delicate briefcase lying just next to the dead Captain, a leather-covered chain attaching it to his belt. Weak with excitement, he sat back in the sand and stared at his discovery in wonder. He had a feeling that he had caught the biggest fish of his life.

Adolf Clauss was pacing angrily in a dimly lit bedroom. Earlier today, he was jarred out of reading the morning copy of El Nuevo Dia by the harsh telephone tone. It was Santiago on other side of the line. Santiago was a low-ranking officer in Spanish navy, and a German sympathiser. Clauss had met him when Abwehr had first stationed him in Huelva, and Santiago had immediately offered to be his eyes and ears inside the Spanish navy headquarters.

Clauss could barely contain his excitement by the time Santiago had finished telling him about how a dead officer of the British navy had been found by a local fisherman yesterday. His name was Captain Martin, and the Spaniards had concluded that he was a diplomatic courier meant to convey unofficial correspondence between some Allied officials, and the prospect of finding something useful in these documents which Germany could use to its advantage made Clauss giddy. An autopsy carried out in presence of the British vice-consul had confirmed the cause of death as “asphyxiation through immersion in the sea”. He had immediately talked to the commander of the Spanish navy in Huelva, soliciting a quick look at the documents. But his request had been unceremoniously denied and another call from Santiago an hour ago had informed him that the briefcase found with the late Captain was being forwarded to Madrid where Spanish officials would decide what to do with it. Clauss knew that Spain was not a direct player in the war, and he did not want to miss out on the opportunity which had presented itself before them just so Spain could maintain the facade of its neutrality.

Knowing he didn’t have any chance to convince the Spaniards otherwise, Clauss had already dispatched a message ahead to Kühlenthal, his counterpart in Madrid and a fellow Abwehr agent. Now, all he could do was wait. He abruptly ceased his relentless pacing and sat down on his bed. It was going to be long night.

A week had passed. Clauss had finally received a message from Kühlenthal and he was currently seated behind the large mahogany desk in his office, decrypting the encoded letter, a column of sunlight streaming in from the large windows. It had rained during the night, first time this week, and the window was thrown open to let in the cool, damp air. He heaved a sigh as he finished decoding the message, and sat back in his chair, pushing his reading glasses up his nose. The corners of his mouth twitched, and then his mouth broke into a wide smile as he read the letter. Oh, this was toll!

When Kühlenthal had not been able to persuade the Spanish authorities to hand over the documents, he had enlisted the help of Admiral Canaris, the head of Abwehr himself. Upon Canaris’s insistence, the Spaniards had finally relented and even outdid themselves by coming up with a method to read the contents of the sealed correspondence without breaking the wax seal. And what the documents had revealed proved that once again, Führer was right in his suspicions and should have gone with his gut instead of agreeing to Il Duce.

The Allied forces, fresh from their victory of North Africa, were heading towards Europe with two possible targets. The Führer was concerned that the Allies would invade the Balkans as it was the source of German war industry. But Il Duce had managed to convince him that Sicily was the more likely target with its strategic location on the Mediterranean Sea. Consequently, the Führer had directed his forces to pour reinforcements into the Italian island. This was a mistake, as the contents of the late Captain Martin’s briefcase had revealed. The Allies were feinting in Sicily. The real goal had always been to go into Greece and the Balkans, and trap the German forces between the British and American invaders and the Soviets.

Admiral Canaris had immediately set off from Madrid to personally deliver the documents to the Führer in Germany, Kühlenthal wrote in his letter. Clauss closed his eyes and let out a snort of laughter. They thought they could fool the Führer! He was really looking forward to see the look on the Allied forces’ faces when they realise their ploy had backfired.

He should never have listened to Mussolini, Hitler thought with a self-satisfied grin as he read the documents Admiral Canaris had brought him. Well, there was still time to change things. Mussolini can fend for himself.

The very next week, German reinforcements had started pulling back from Sicily on Hitler’s orders, as they relocated to Greece, Sardinia and Corsica. Within a few weeks, his forces were all set to defend the Allied invasion of the Balkans.

Mincemeat swallowed rod, line and sinker by the right people and from the best information they look like acting on it.

British Prime Minister Churchill was informed of the operation’s success

As July started, the last of Nazi German reinforcements had joined their fellow soldiers in the Balkans. Even as the Allied forces finally mounted their attack on Sicily, dozens of air jets carrying German forces left Sicily to reinforce Sardinia. Hitler was convinced this was the feint he had read about in the documents his intelligence has unearthed. He kept his armies on a tether in anticipation of the attack he was sure will come. But it never did.

The Allies had always intended to invade Sicily. And with all the reinforcements gone, Sicily was vulnerable. By the time Hitler realised his mistakes, there was nothing he could do. There was no Captain (Acting Major) William Martin of the Royal Marines. It had all been a part of an elaborate scheme playing on Hitler’s preconceived notions. The British had dressed up a homeless “ne’er-do-well” man by the name of Glyndwr Michael, who had died from ingesting rat poison, for the part. The Germans had fallen for the ruse with almost puerile ease.

Left to fight for himself, it didn’t take long to defeat Il Duce Benito Mussolini. As the battle for Sicily went horribly wrong for the Axis, Mussolini was removed from power, imprisoned and two years later, executed by a firing squad.

And thus, the forgotten tramp from Wales became a part of the chain which led to the eventual downfall of Il Duce, or “the Leader” of Italy.

This site uses Akismet to reduce spam. Learn how your comment data is processed.